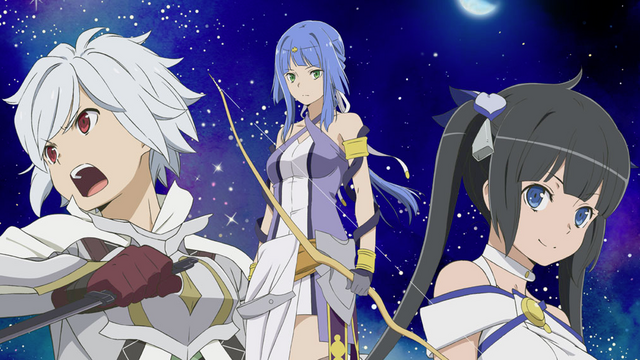 Anime Expo 2019- ‘Is It Wrong To Pick Up Girls In A Dungeon?’ Panel And Season 2 Premiere Impressions

A lot happened during Anime Expo this year in Los Angeles with a lot of announcements taking place at one of the longest running anime conventions in the country. Most main event panels saw several announcements throughout the weekend including some from Fujino Omori creator of ‘Is It Wrong To Pick Up Girls In A Dungeon?’ ahead of the screening of its season 2 premiere.

The panel was above average with a lot of coverage on the upcoming film ‘Is It Wrong To Pick Up Girls In A Dungeon: Arrow Of Orion’ and where it ties into the series. The panel then got sidetracked by a very long discussion as to why one of the characters in the upcoming film is the cutest character they’ve ever made.

Tickets are currently available for Arrow Of Orion. You can check Fathom to find a screening near you.

We then got back to talking about the premiere of Season 2 of Danmachi and Omori mentioned how the theme of family and teamwork will be a core element in the upcoming season as it was revealed that this season will go places. The season premiere definitely set the tone as far as keeping friends close and enemies closer.

The episode starts off with reintroducing all of the characters met so far as they complete a dungeon and return back to a bar to celebrate. They then get confronted by a group of nasty individuals that eventually turn out to be from a rivaling familia helmed by Apollo who does not take kindly to violence. The episode then ends at a fancy event in which we are introduced to several new characters and new enemies.

A little bit of some fun featuring a few characters and the worlds greatest wingman occur but it all ends abruptly as Bell is then blamed for the fight with the rivaling Apollo Familia and as punishment is challenged to a War Game instead. This essentially sets up the next arc with the Hestia Familia vs Apollo Familia.

And thus ended the screening of season 2 episode 1. The Lights went on and fans were left waiting for the simulcast of the next season of ‘Is It Wrong To Pick Up Girls In A Dungeon?’. Several questions were left unanswered and the only way to learn more is to stay tuned as Danmachi has finally started it’s grand second season: War Games.

You can watch Danmachi season 2 simulcasted weekly on Crunchyroll.