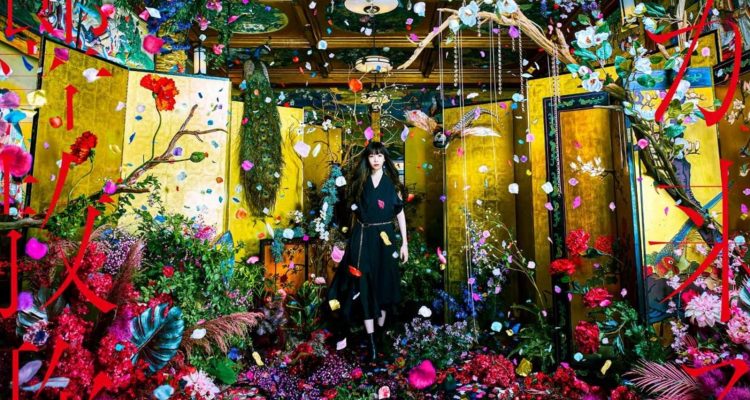 Beloved artist Aimer has topped the Oricon weekly streaming rankings for the 6th time since release! “Zankyo Sanka” (残響散歌), the opening theme for season 2 of popular series Demon Slayer: Entertainment District Arc (Kimetsu no Yaiba: Yuukaku-hen), was released on December 6, 2021 and proved to be a fan favorite as it dominated the top of the charts.

As of the week of February 20, the song was streamed a total of over 90 million times since its debut. It was also the first of Aimer’s song to hit number 1 on the Japan Hot 100 chart. It charted at number 37 on the Billboard Global 200, which is also Aimer’s first time on this chart.

Though her music has always had great reception since her debut in 2011, providing multiple tracks for the opening and ending songs for various anime, Aimer’s popularity exploded with her eighth single “Brave Shine,” the second opening theme for Fate/stay night: Unlimited Blade Works. Since then, she has also lent her voice to many other songs for the Fate franchise, such as “Last Stardust,” “Hana no Uta,” “I beg you,” and “Haru wa Yuku.”

She has also contributed opening and ending themes to other anime, such as “Rokutousei no Yoru” for No.6, “Re:play” for Bleach, “Re:I Am” for Mobile Suit Gundam Unicorn, “Torches” for Vinland Saga, “Spark Again” for Fire Force, and more.

Aimer is known for her unique, husky but powerful vocals. When appropriate, she is exceptionally talented with conveying particularly heart-wrenching emotions in her songs. Many of her early songs highlight her voice with minimal instrumentals, facilitating this effect.

Edit 6/1/2022: Her next release will be on June 2 on bilibili with the rock ballad “wavy flow,” the new theme song for the game Azur Lane.