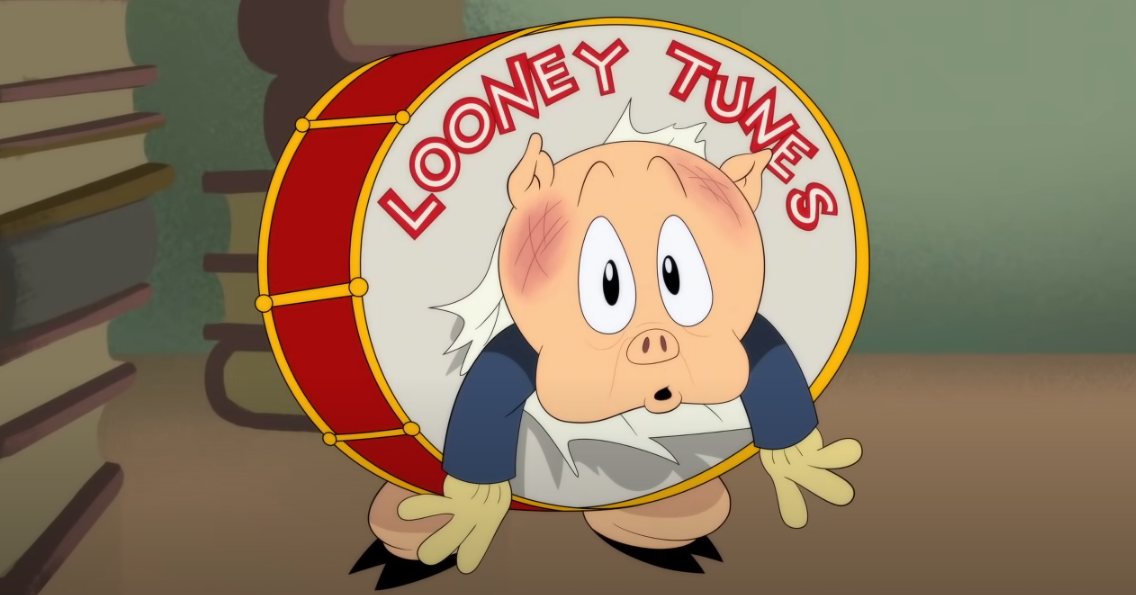 HBO Max is launching on May 27th and along with it is a slough of original content including the return of one of the cornerstones of cartoons The Looney Tunes. Ahead of its premiere, we got the amazing opportunity to interview the voice of Porky Pig himself, Mr. Bob Bergen.

Alan: You’ve been in the Looney Tunes universe since Space Jam, that’s impressive!

Alan: Oh wow how does it feel playing these iconic characters for so long and even being nominated several times for your performances?

Bob: It’s- it’s living the dream man. I was the obnoxious kid who would- when the teacher would ask a question in school Id answer like Porky Pig so to be able to make a living off of it is kinda cool!

Alan: Any connection to Porky after all this time?

Alan: What is your favorite Looney Tunes era?

Bob: That’s a good question! It’s so funny, for me my favorite to portray was the Chuck Jones era. Getting to do this particular incarnation has been really really really really cool because we’ve never done it before. We’re talking the Bob Clampett, Tex Avery- that gag driven sort of stuff like we really haven’t dwelled into in the past 30 years. I think right now, this is my favorite.

Alan: Since you’ve been a part of the Looney Tunes family for so long you’ve surely only gotten better throughout the years as you hone your craft. Are there any noticeable or untraceable differences that you can hear with your performances that fans might be able to point out?

Bob: You know, every job is different because every producer, every director may want a little something different from the character so you know we made a show called the new Looney tunes show about 10 years ago I guess and it felt more like a sitcom. Daffy and Bugs were roommates and Porky Pig had an office job and Speedy Gonzales was a head of a pizzeria. So when you work for a different project you have to be able to bend to what they want and then every once in a while you have a show like Duck Dodgers or the current Looney Tunes Cartoons you get to do what feels like something that the forefathers like the Chuck Joneses and the bob Clampetts and Friz Felengs- what they intended for these characters. We all started as fans, we all started as fans of the franchise so to be a part of something that is so close to what you were a fan of is probably the ultimate.

Alan: Speaking of Duck Dodgers, you played a certain Eager Young Space Cadet IN Duck Dodgers and to this day so many people still hold that show in high regard. It’s a cult hit! How was it working on whats considered the most outlandish Looney Tunes spinoff and/or what do you think are the biggest differences in working on something like Duck Dodgers vs something more grounded to tradition like Looney Tunes Cartoons.

Bob: It’s a great question and it’s all about style! So Spike Brant and Tony Cervone who were the producers directors of Duck Dodgers it was a complete homage to Chuck Jones. Chuck had a more sophisticated wit his comedy was extremely less gag driven(you know), that was greedy Daffy, right now were doing classic Daffy. Daffy’s called Daffy because he was Daffy! So you really have to be able to bend to the style of the original directors but what I also love about our show the Looney Tunes Cartoons is Pete Browngardt- we’re working with people that are honoring the classics but you can feel their fingerprints all over these. Our voice director Jack Fletcher absolutely understands these characters but trusts that we will bring something to the table that maybe they didn’t think of that works so its a pure collaboration but man just to be able to work on this era of Looney Tunes is refreshing because we’ve never had the chance to do that int he 30 plus years I’ve been a part of it.

Alan: What are your hopes that people see after they watch Looney Tunes Cartoons on HBO Max?

Bob: Oh! Pure entertainment! I hope they just look at these and they just smile and they just go “wow they’re good, they’re still good!”. I hope that people go “yeah these should be in the theater they’re that good!”. I just want them to be entertained and i’m so happy that these characters are still relevant and still entertaining.

Alan: That’s great to hear! Thank you so much for answering our questions here today!